The Eastern House is a concrete place in Poland, but, above all, it is an immediate idea of the fruitful historical dialogue between nations, historically inhabited Eastern Europe and separated by the bloody history of the XXth century. The aim of the Eastern House is to create such home-like space for Poles, Ukrainians, Russian, Jews, Belorusians, Lithuanians, Latvians, Estonians, Georgians, Armenians etc. where individual memory of any nation could exist, the same time peacefully confronting and discussing in the areas of the still unresolved conflicts of the past.

The Eastern House will ultimately be located in the palace and park complex of Mordy near Siedlce after the gradual restoration of this historical estate. Temporarily it will reside also in Warsaw.

Henryk Przewłocki's heirs, whose family owned this property for centuries and regained it in 2018, have signed a letter of intent with the management of the KARTA Center in Warsaw already 20 years ago. According to this document, the estate, the former family mansion will be transferred for public purposes. The returned and restored palace as well as its surrounding has to become a place for activities related to the history of the region and dialogue between nations.The entire facility (total floor area of the palace and the outbuilding is nearly 4000 square meters and 10 hectares of park ) needs a thorough renovation; this work is being started.

Mordy is located 120 kilometers east of Warsaw, on the border of Podlasie, relatively close to Vilnius, Minsk, Lviv and other cities important to the nations of this part of Europe. The task of the Eastern House is to create an international circle of cooperation, namely a space for dialogue between nations whose historical conflicts still cannot be eliminated.

The House in Mordy has to become an example and model of such peaceful communication that recalls traumas of the past in order to weaken, by joint efforts, their destructive power in the present. By the means of public diplomacy it is aimed to prove that the tensions of history can be neutralized, and even the nations, most acutely conflicted in the past, can communicate in hope for genuine reconciliation in future. Through a series of discussions, as well as through conferences, creative scholarships, publications, etc., we are planning to take up unsettled Eastern European historical controversies, mainly of the last century. The same time we intend to initiate archival and museum work centered on relations between neighboring communities of the region, including the fate of national minorities.

The Eastern House is committed to support the national communities of this part of Europe in their contemporary coexistence, but above all in such common reworking of the past, especially of XXth century, that would eliminate mutual mistrust and hostility between the nations of the region ("bloody lands''), resulting from the different interpretations of history. It has to become an "|extraterritorial space", where nations, acting in solidarity with each other could keep their subjectivity and equal status, while national minorities in Poland could find the conditions for preserving their historical memory in their own languages (archival and library collections).

Renovation of the Eastern House, i.e. palace, outbuilding and park Mordy will be realized by the Foundation of the Eastern House. The work is scheduled for the coming years in such a manner that we could successively introduce new areas of activity. Finally, after the renovation and improvement, the palace will combine the functions of the residence for the creative work, meeting space, library and archive, exhibition area and organisational center. There will be guest rooms with a restaurant, common meeting hall, multimedial exhibition about the history of town of Mordy and the Przewłocki family, space for the National Groups (initially Ukrainian, Belorussian, Polish and Russian, each of them will represent the model of the civil society), hall of the "Bloody Lands" and a bookstore.

Palace will be a Home

After renovation, the palace and park complex in Mordy will be accommodated for the main international purpose of the Eastern House that is fruitful historical dialogue of the Eastern European nations, separated by the bloody history of XXth century. It will also serve the local community and tourists. The whole complex will be open for the residents of town and surroundings. Museum and exhibitions will be available for visitors. 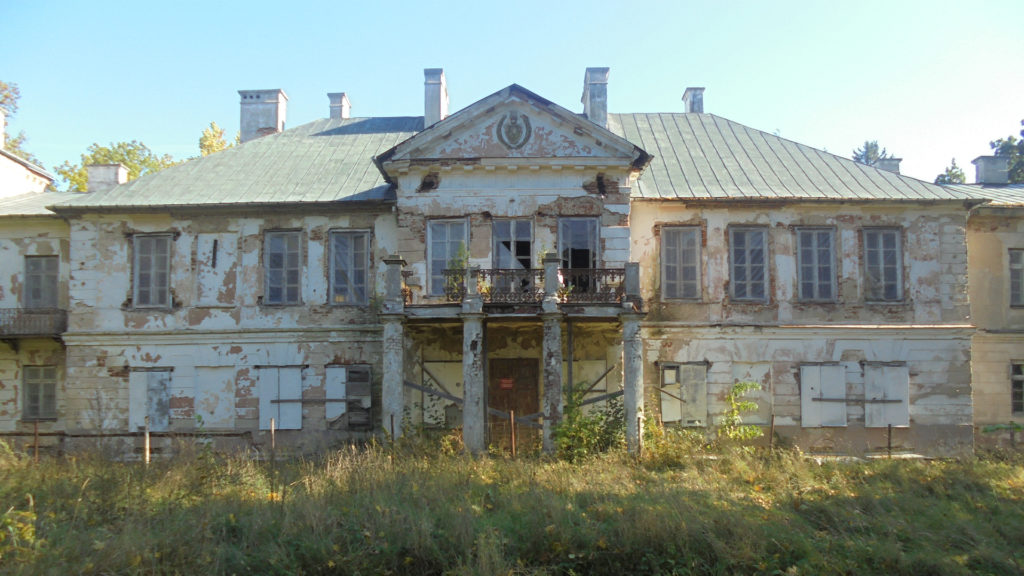 History of palace in Mordy

Currently the palace most likely stands on the site of the old defense estate from the early XVIIth century. In 1717, on the foundations of the fortifications, Ciecierski family, the owners of Mordow since 1571, built a modern brick baroque palace. The entrance gate, which could have been built around 1750, was of the same baroque character. In the following centuries the palace has undergone multiple  renovations and reconstructions. After the first rebuilding, occurred in the XVIII century, it has obtained a classicist appearance. 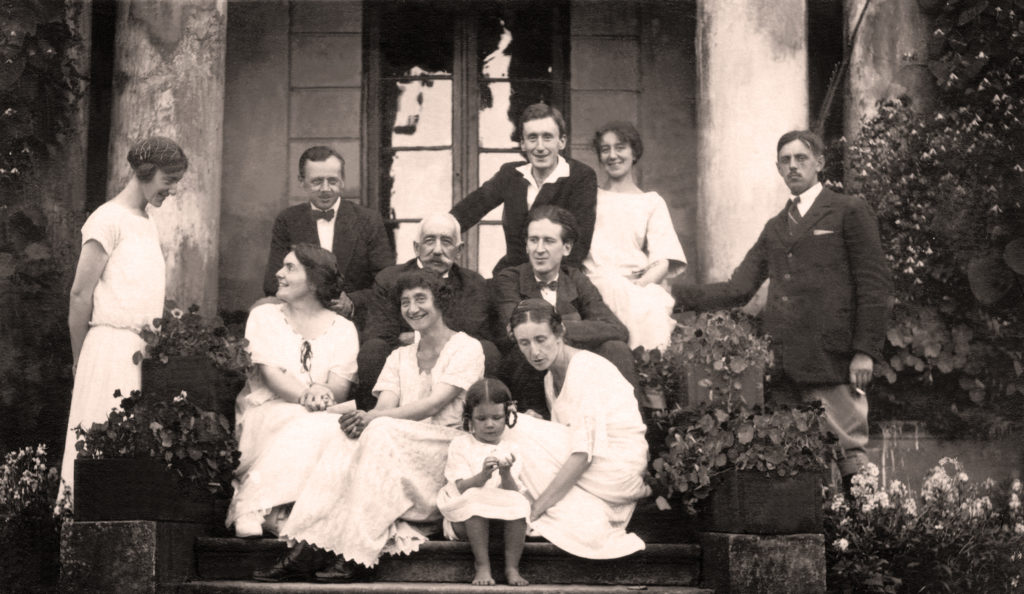 Zembrzuski family, owners of the manor since 1838, expanded the palace and continued reconstruction. The portico, tympanum of the façade and decorations of the elevation remained from that time. At that time two side wings were constructed. They were additionally heightened in the second half of the XIXth century. All these annexes are of Neo-Renaissance character.  From the side of the gate the façade of the palace was exceptionally decorated, while the wall from the side of the garden was more simple. The baroque entrance gate was never rebuilt.

In 1912  Mordy estate with the palace-park complex became the property of Konstanty Przewłocki, who bought it from Jan II Zembrzuski for his son, Henryk Przewłocki. In the interwar period the palace in Mordy belonged to the Przewłocki family, who also owned the nearby distillery. Among many guests and residents of the palace were the painter Józef Czapski, who was the relative of the  owners, the writer Maria Czapska and the archbishop Edward von der Ropp. The home chapel of the palace was established thanks to the support of bishops Lozinski and Przezdziecki. 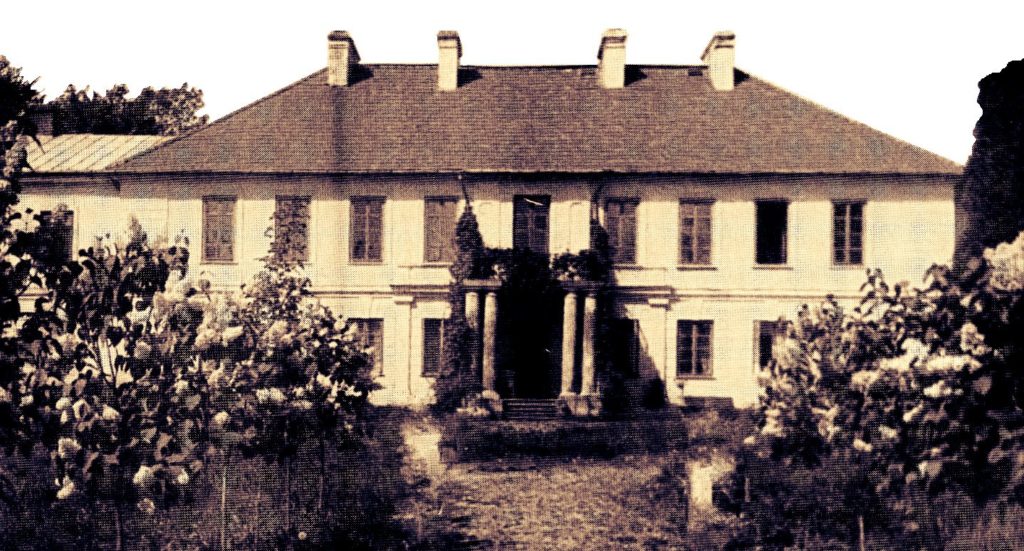 After World War II the palace together with the surrounding garden were nationalized. Henryk Przewłocki was sent to a Soviet labour camp in Borowicze on Kolyma, and died there. Until 2007 the palace was administered by Podlasie Academy, which had already been the host of the palace since 1970th. The palace was partly renovated in 1963-1964, and then in the 1980th, but later it was neglected and fell into ruin. Przewłocki family claimed the property already in 1990, but for a long time they were fruitlessly fighting to regain it. In 2002 the object was sold to a private person. In January of 2005 the court annulled the sale agreement and the palace once again returned to the institution in Siedlce. Only in 2018 Przewłocki finally succeeded in regaining the palace and park complex.

For many years the palace, surrounded by a historical park, was in a deplorable condition due to the negligence of its previous owners, and now it cannot be used in any way. After renovation the palace will be open for public purposes, and the park will be accessible for residents of Mordy and tourists. Renovation of the facility will cost several dozens million of Polish zloty.

From the front lines of reconstruction 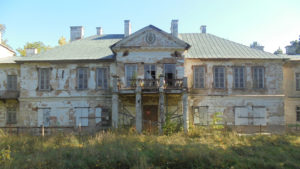 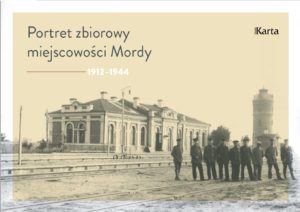 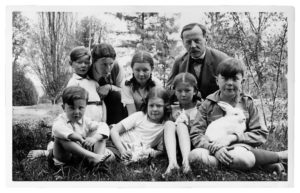 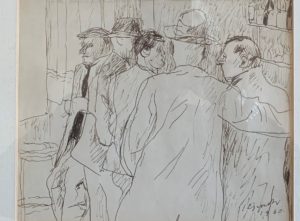